Artificial intelligence can be defined as a machine or program that can perform actions that closely resemble human intelligence. These advanced machines are often powered by algorithms that allow them to learn by analysing statistics and data patterns.

At its core, AI is a tool. And now, it isn't just confined to the realm of computer science. In 2018, a portrait created by an AI algorithm sold for $432,500 at the famous Christie's auction house. Now, AI is being used by artists to make a mark on the art world. 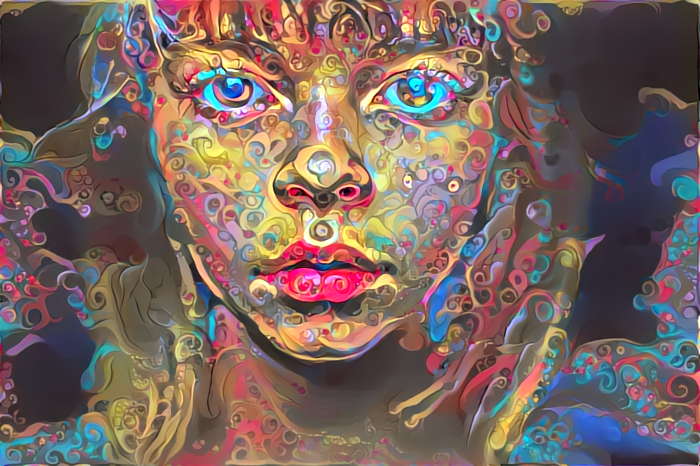 How does AI art work?

Because AI systems use algorithms to learn and recognise patterns, artists have figured out how to turn this to their advantage. Systems can be fed hundreds of thousands of images from specific periods or art, or specific styles, to form a database of knowledge. Using the common features it detects from these images, the AI can generate new images based on these styles.

AI artists use programs called Generative Adversarial Networks (GANs) to select the best images. A GAN uses two networks within the AI as a kind of selection process. One network uses its image database to generate a new picture, while the second network effectively acts as an art critic, looking over the image and decides if it matches the database. The human artist then looks over any images that pass the GAN's selection process and decides which one to use.

In this way, the human artist still has control over the artistic process. The artist chooses which styles of images to feed into the AI, then has final say on which of the generated pieces is used. The creative intent does not lie with the machine; it is simply following its programming. It is a tool for human artists. As German AI artist Mario Klingemann puts it, “You make a fire and it produces interesting shapes, but in the end the fire isn’t creative – it’s you hallucinating shapes and seeing patterns. [AI] is a glorified campfire.”

Now that we know how AI art generally works, let's take a look at a few high profile artists. 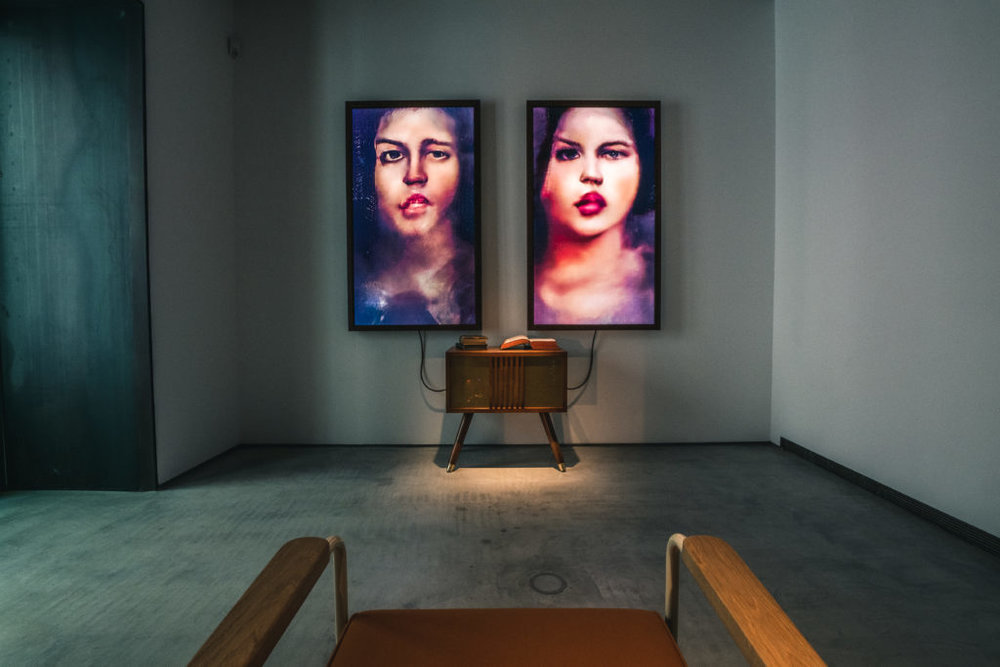 Let's start with Klingemann, an award-winning artist and machine learning artist in residence at Paris' Google Cultural Institute. Klingemann prefers to work with algorithms, code, and neural networks. For Klingemann, the artistry doesn't necessarily come from whatever images are produced. It comes instead from the code and algorithms used to generate the images. His most famous piece, Memories of Passerby I, went up for auction at Sotherby's in 2018, selling for £40,000. The piece features an AI algorithm contained in a vintage piece of furniture, using neural networks to randomly generate real-time portraits on two screens. 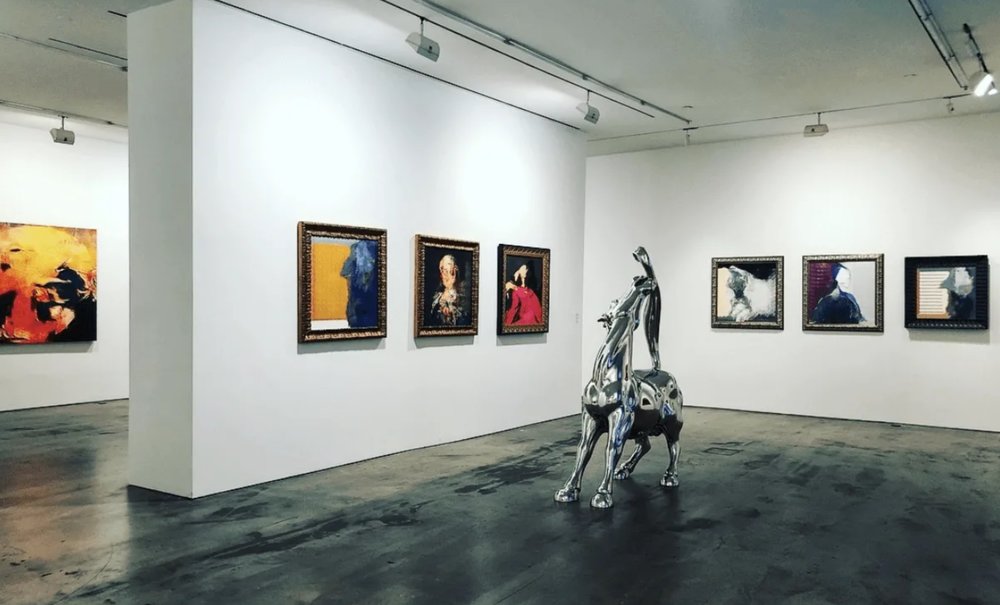 A professor in Computer Science at Rutgers, Ahmed Elgammal took the GAN concept a step further with his AICAN (Artificial Intelligence Creative Adversarial Network) program. AICAN, according to Elgammal, can actually learn its own style and produce innovative new pieces. In addition to the traditional GAN functions, AICAN has also been programmed to be penalised if one of its generated images appears too close to an established art style. This has resulted in some interesting pieces. 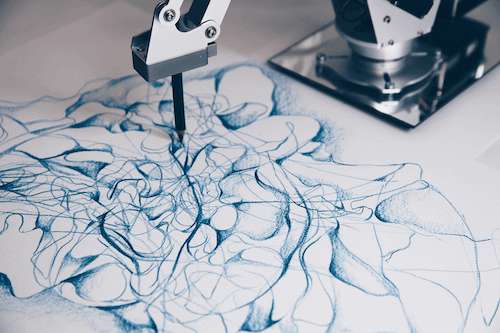 Sougwen Chung is a Chinese-Canadian artist who has taken AI art in her own direction. Chung feeds her AI images of her own work to learn from, then connects the program to a robotic arm. She then draws alongisde the arm in a kind of duet, with the machine replicating her style. Chung is artist in residence at both Bell Labs and the New Museum of Contemporary Art. Her Omnia per Omnia project used a swarm of small, specially-made drawing robots alongside Chung's own hand to create a truly stunning AI painting.

What's next for AI art?

Thanks to sites like 1secondpainting.com, an AI art generator, AI artwork is becoming more accessible for both collectors and customers. As our understanding of artificial intelligence grows, artists will no doubt find new, groundbreaking ways to incorporate AI into the artistic process.

But AI art has its detractors, and comes with some controversy. The portrait that sold at Christie's was attributed to a trio of French students calling themselves 'Obvious'. While the portrait garnered the attention of the art world, it emerged that the creators may have used an open-source algorithm created by artist and programmer Robbie Barrat.

Some critics ask why we would even want to try and allow machines to compete with uniquely human creativity, whilst some advocates of AI art maintain that the technology will always have its limits.

Regardless of what the future holds, AI is a fascinating tool for artists to creatively explore. And isn't exploration what art is all about?